In my previous post, I talked about this hot pink coverlet that I had discovered. In the very same booth I purchased this coverlet, there was a little bag of samples sitting on a table. It was inconspicuous- and inside this bag there were five pieces of handwoven overshot. Only one of them stood out as something other than just a sampler.

I was able to purchase the singular item and break the set the seller had presented. This piece clearly did not fit with the others due to it’s finished hem, and quality of the weaving. It could have been a sampler in a smaller ratio for a larger piece, but what I guess it was woven for a doll’s bed. Miniature overshot are beautiful little intimate weavings that invite you to inspect them more closely. 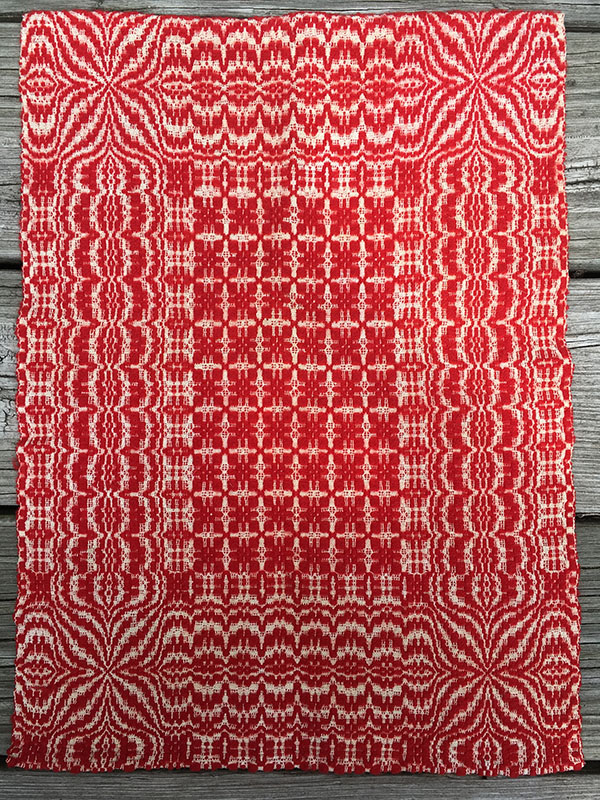 This piece in particular looks very similar (if not identical) to “Lee’s Surrender” from Marguerite Davison’s popular book, A Handweaver’s Pattern Book 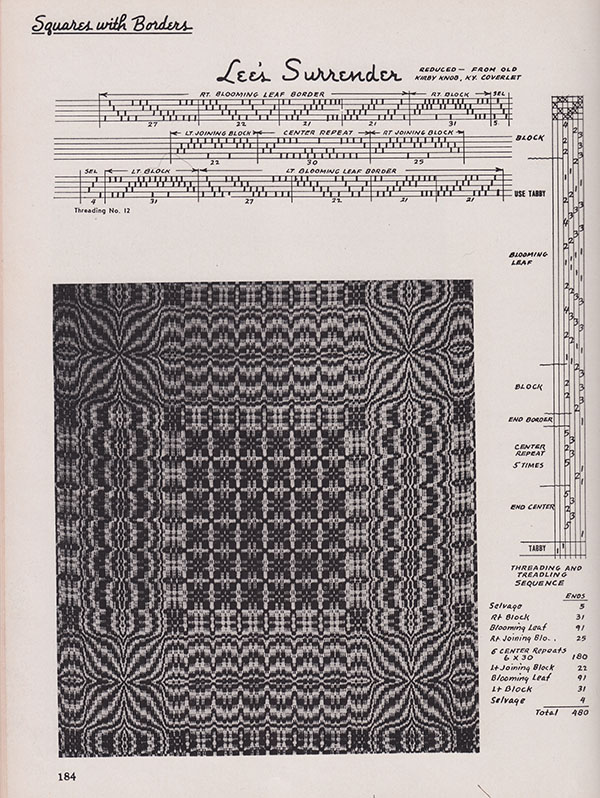 In accordance to the written draft, the entire pattern from border to border would be 480 ends. Which, after measuring the piece and carefully counting the warp threads- this would actually be directly woven from this draft. The warp threads count in at 36 ends per inch. With the piece itself being 12.5 inches (I assumed that it shrunk after wet finishing so I rounded up to 13 inches), the 36 epi fits perfectly in with the 480 end count for the entire pattern. So, I was correct, and genuinely pretty excited.

Until I really set down to examine the piece, I looked into the idea of miniature overshot. I had though to myself “this is too small to actually match the draft in the book- so they must of made it mini? But how do you make an overshot mini?” So after cruising my books and online resources, I happened upon an awesome book which gave me some insight into one technique of miniature overshot. 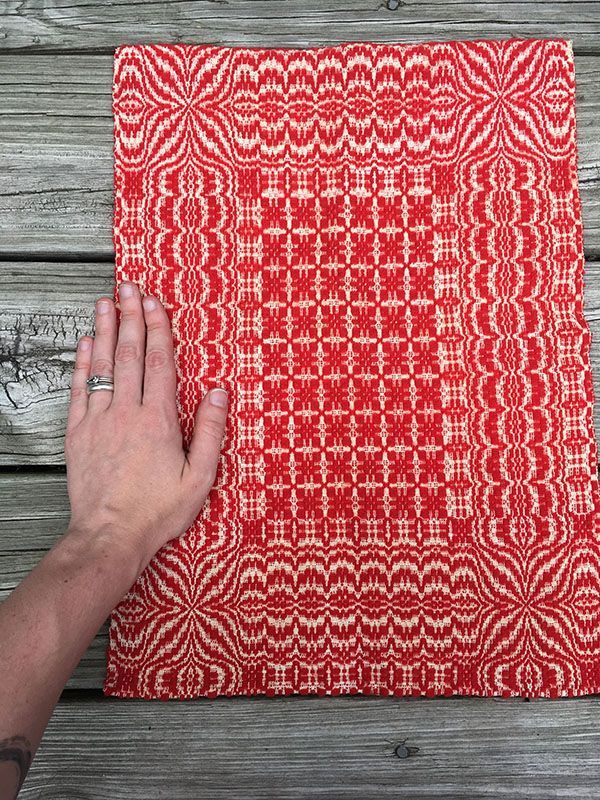 Bertha Gray Hayes was an early 20th century weaver who became prominently known for her miniature overshot and name draft designs. Traditionally to miniaturize an overshot pattern, one would choose a pattern with large pattern blocks and remove certain threads. This process made the over motifs smaller. Miss Hayes’, instead, drafted small pattern blocks of her own original designs. She usually derived her small motifs from name drafts. Her structures are incredibly unique, often showcasing asymmetrical designs, and different threading techniques to add variety. I highly recommend reading and weaving through Weaving Designs By Bertha Gray Hayes: Miniature Overshot Patterns

The miniature overshot concept is paring down a fully established overshot pattern to its bare minimum while still maintaining the integrity of the pattern’s character. Even though this coverlet is not a representation of the miniature overshot technique, it is still really cool to see how people showed off their weaving skills. Either by making coverlets for doll beds, or creating small sales samples in order to allow weaver’s to travel and pitch their skills. I plan to create an overshot series that utilizes the techniques of miniaturization and expansion to create a wide collection based off of one pattern.

Is this a technique that you have explored? What are some other fun ways you have witnessed overshot being used?